10- year anniversary ceremony of University of Science and Technology

Recently, Hoa Binh Group successfully organized the 10th anniversary of the establishment of Hanoi University of Science and Technology (USTH) at the National Convention Center, Pham Hung, Me Tri, Hanoi.

Hanoi University of Science and Technology (USTH), also known as Vietnam-France University, was established on December 9, 2009 within the framework of the Intergovernmental Agreement between Vietnam and France. Over 10 years of establishment and development, USTH has made great progress in training and research to become the symbol of the strategic cooperation in higher education and research between the two governments of Vietnam and France.

The 10th anniversary celebrates with over  1,000 national and international guests , along with numerous businesses, partners, students, staff and lecturers.

Opening the ceremony, there were special performances such as lotus dance, fan dance … performed by professional artists as well as USTH staff: 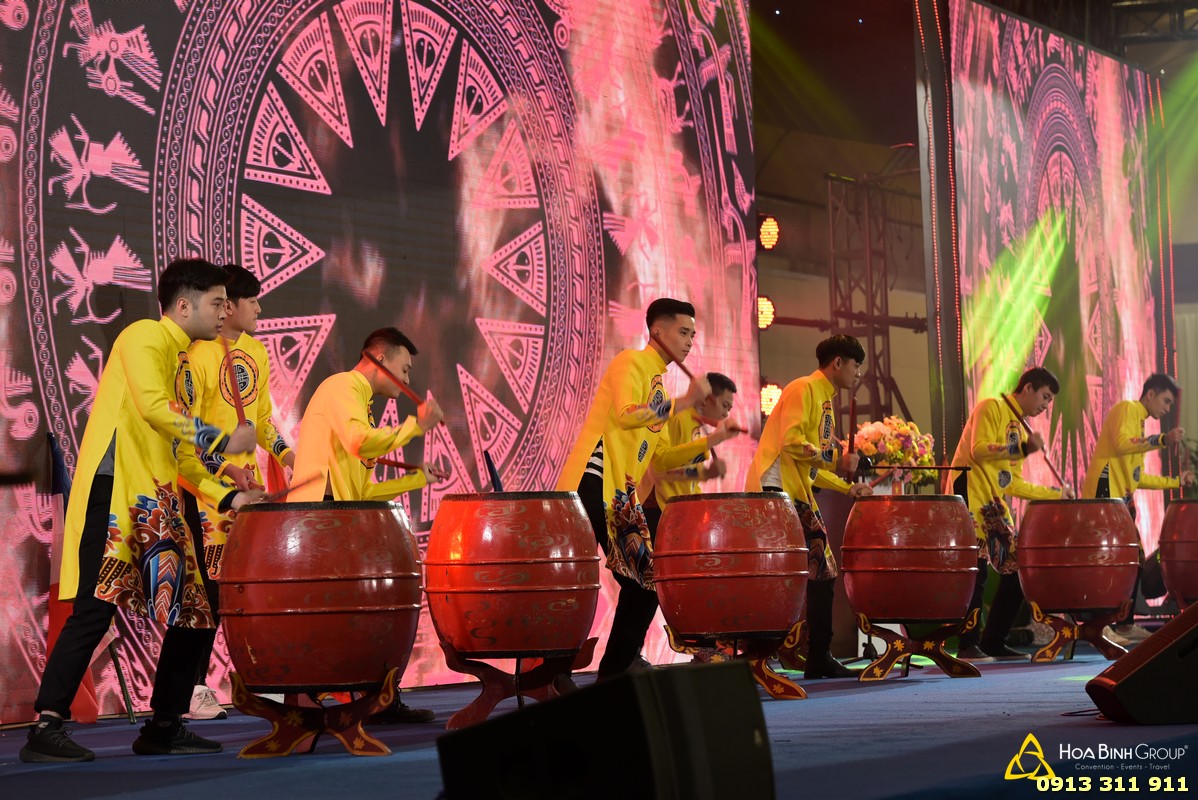 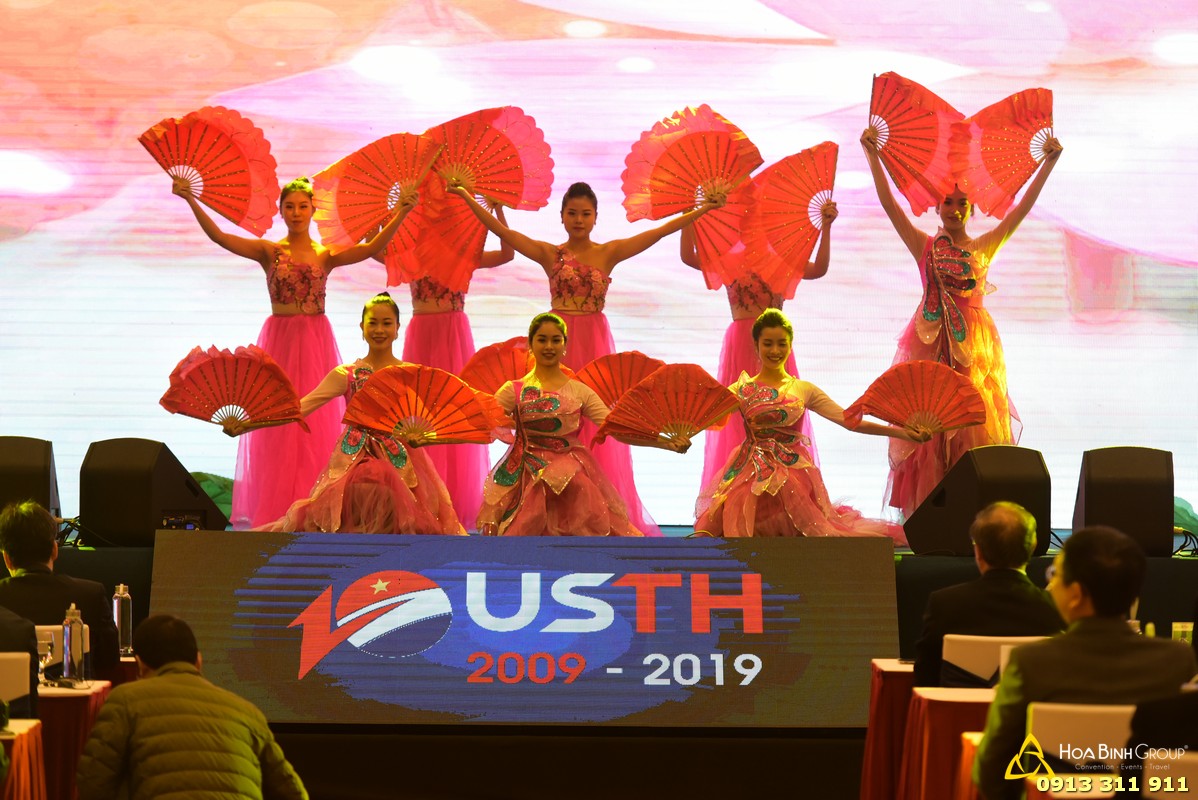 After the performances, the  ceremony of the 10th anniversary of the establishment of USTH  began: 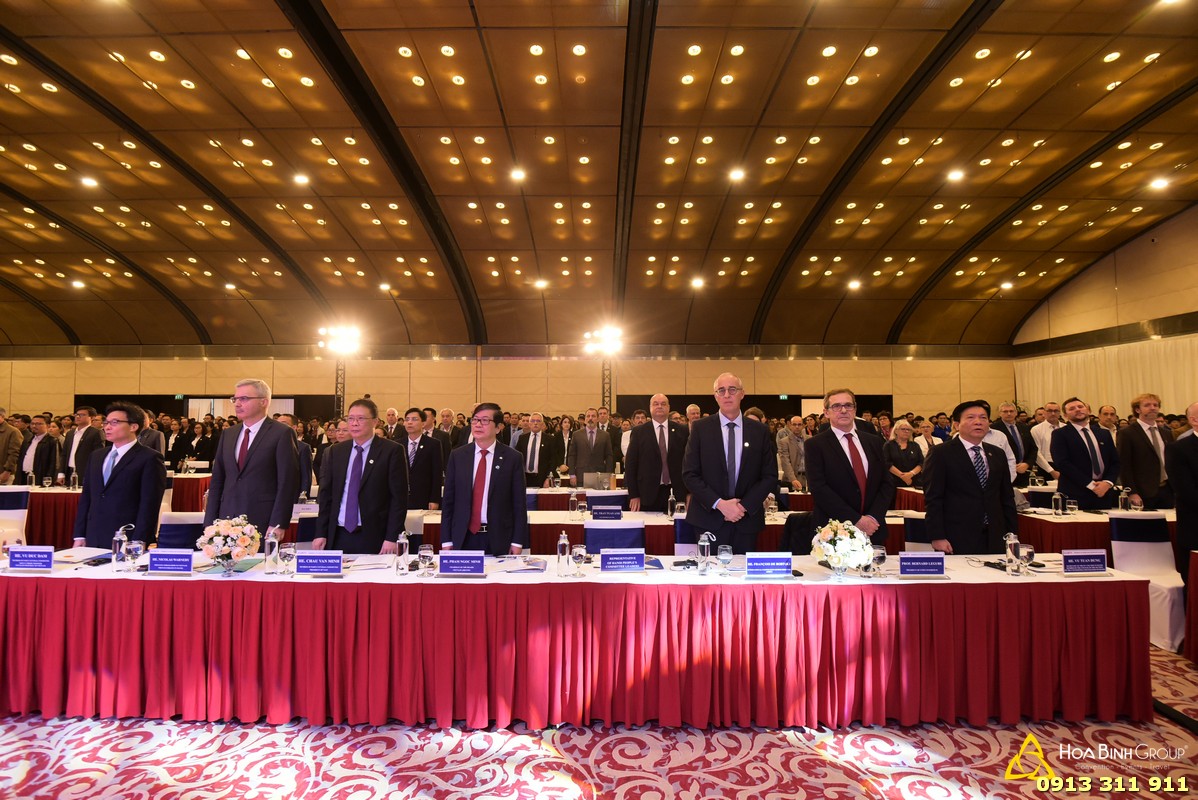 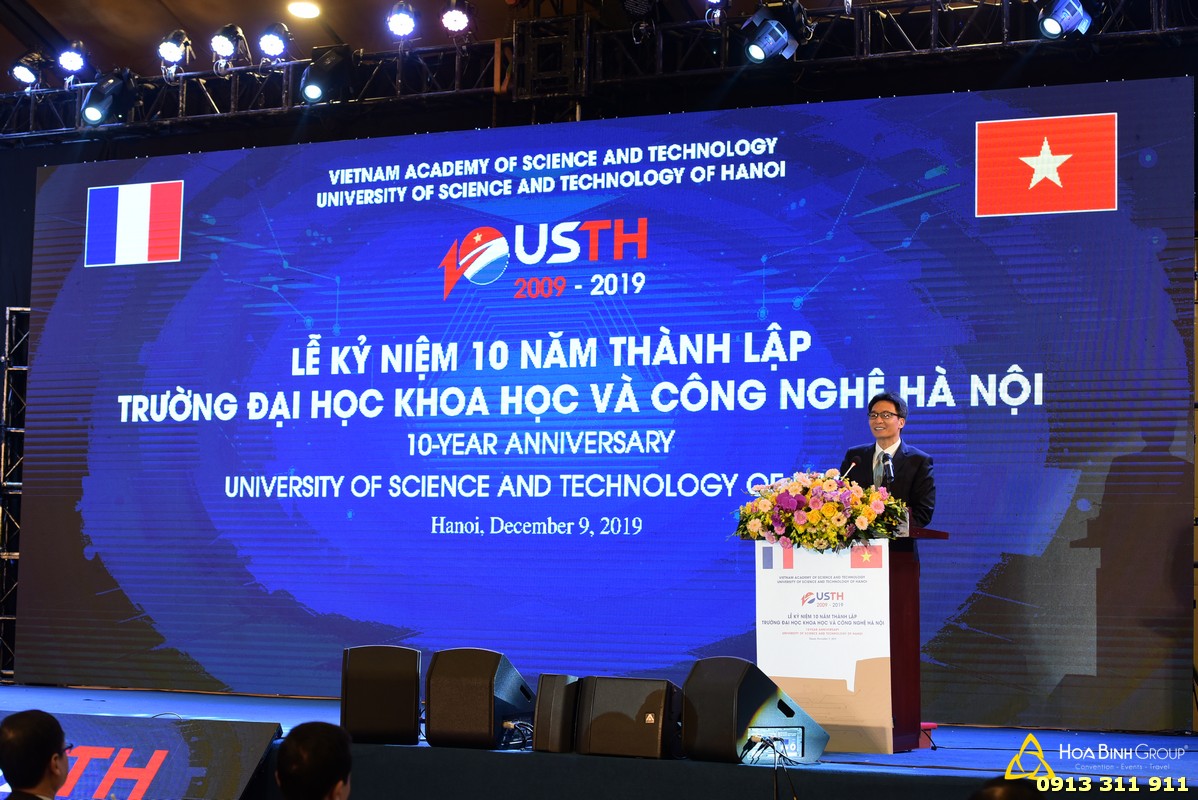 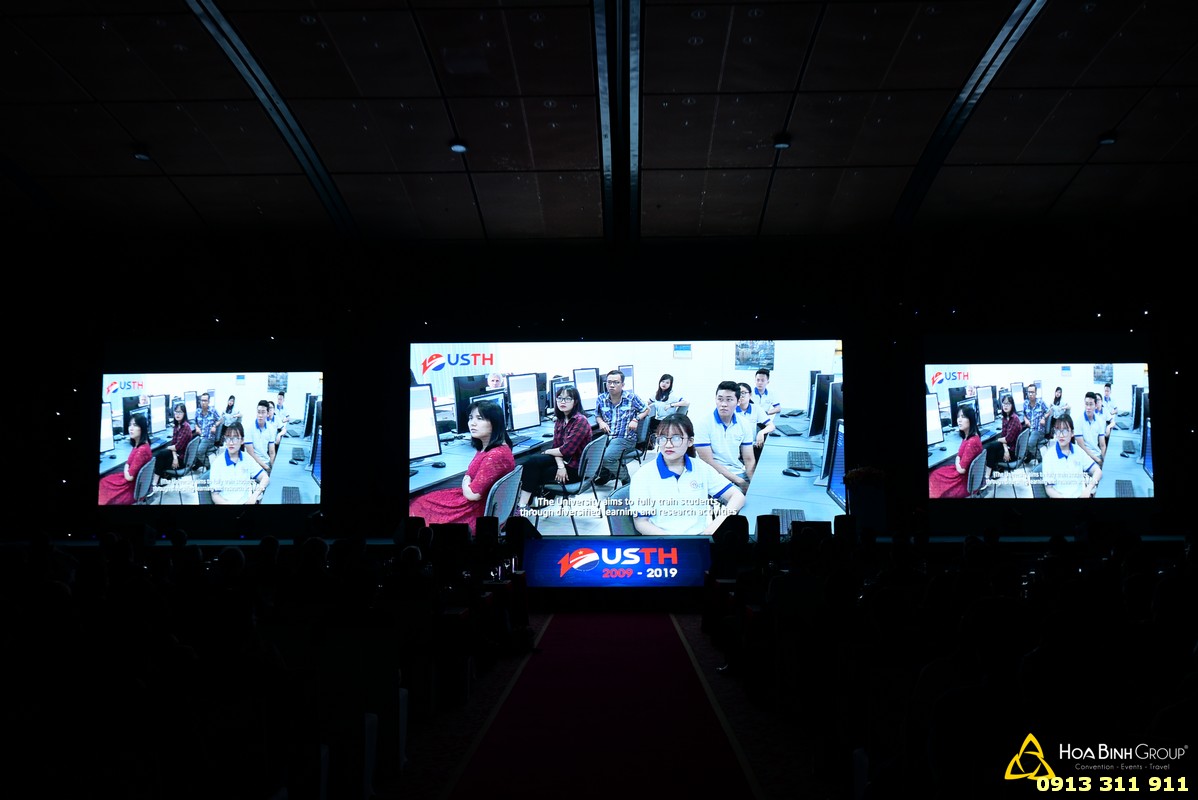 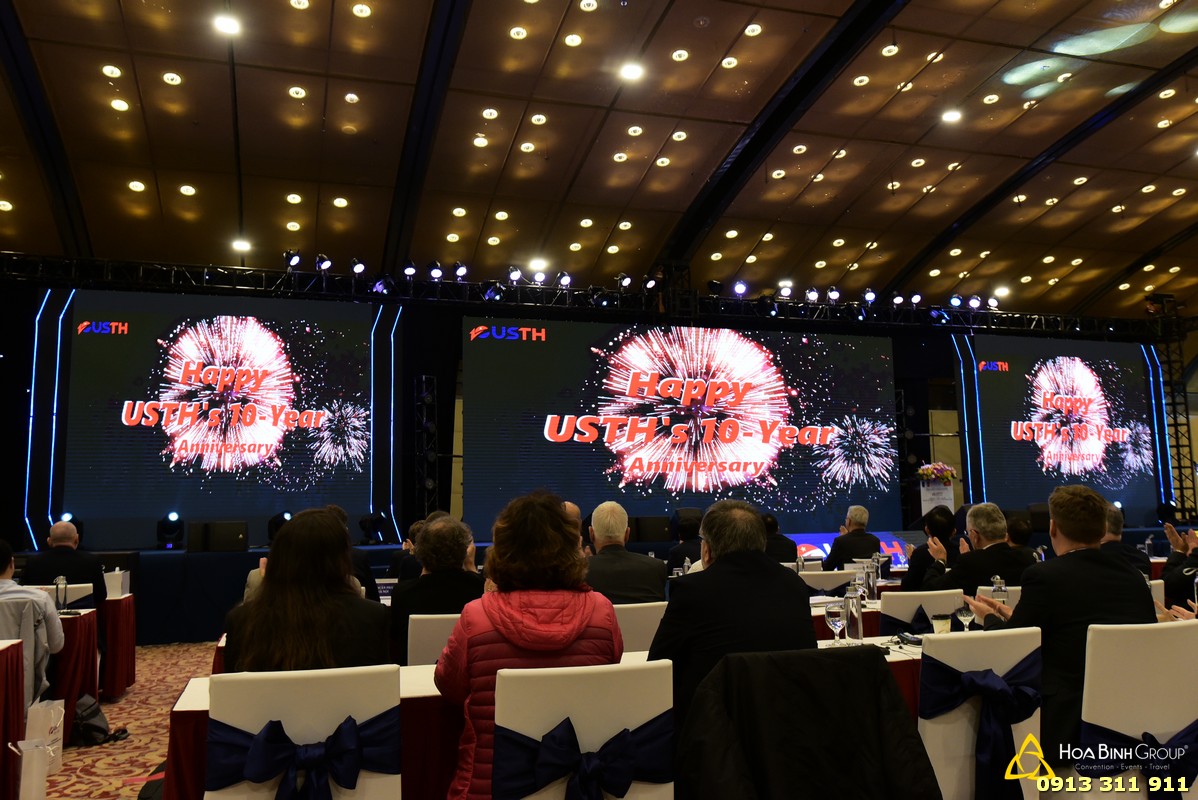 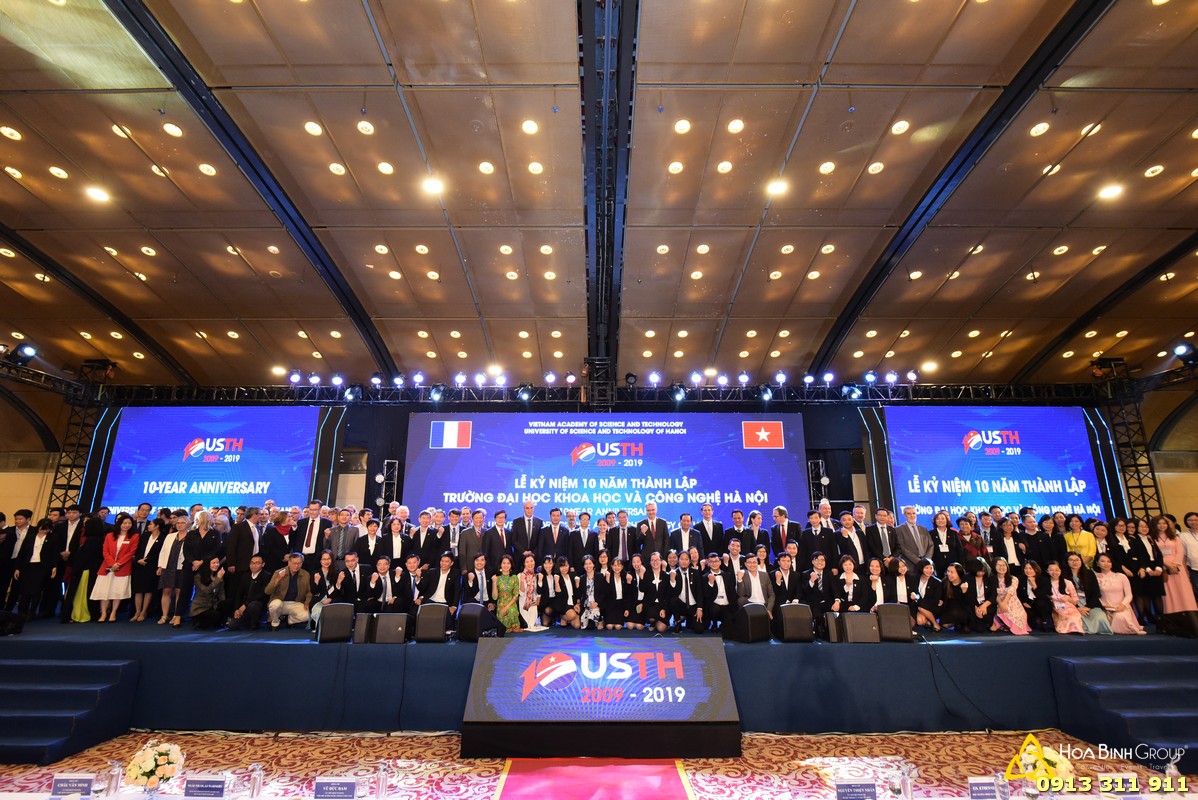 The preparation by Hoa Binh Group:

With over 10 years of experience in organizing events, Hoa Binh Group is honored to contribute to the success of the ceremony with well-prepared services. 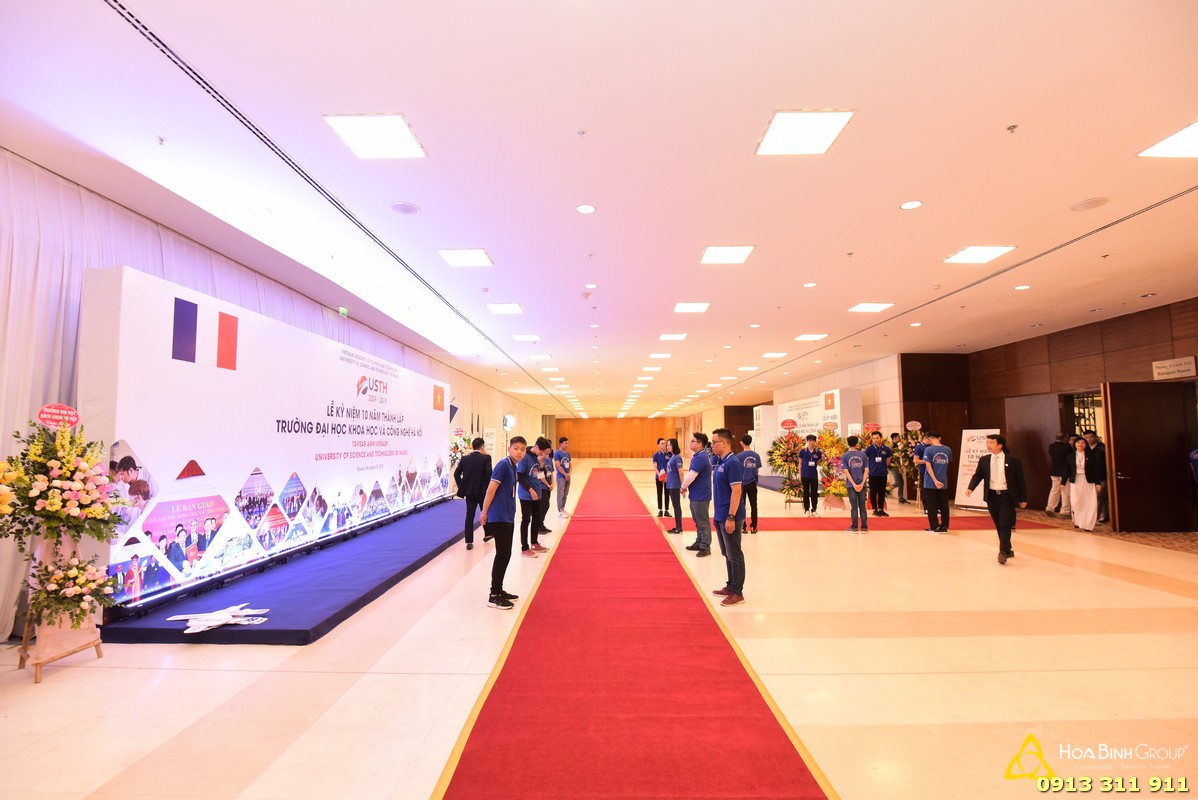 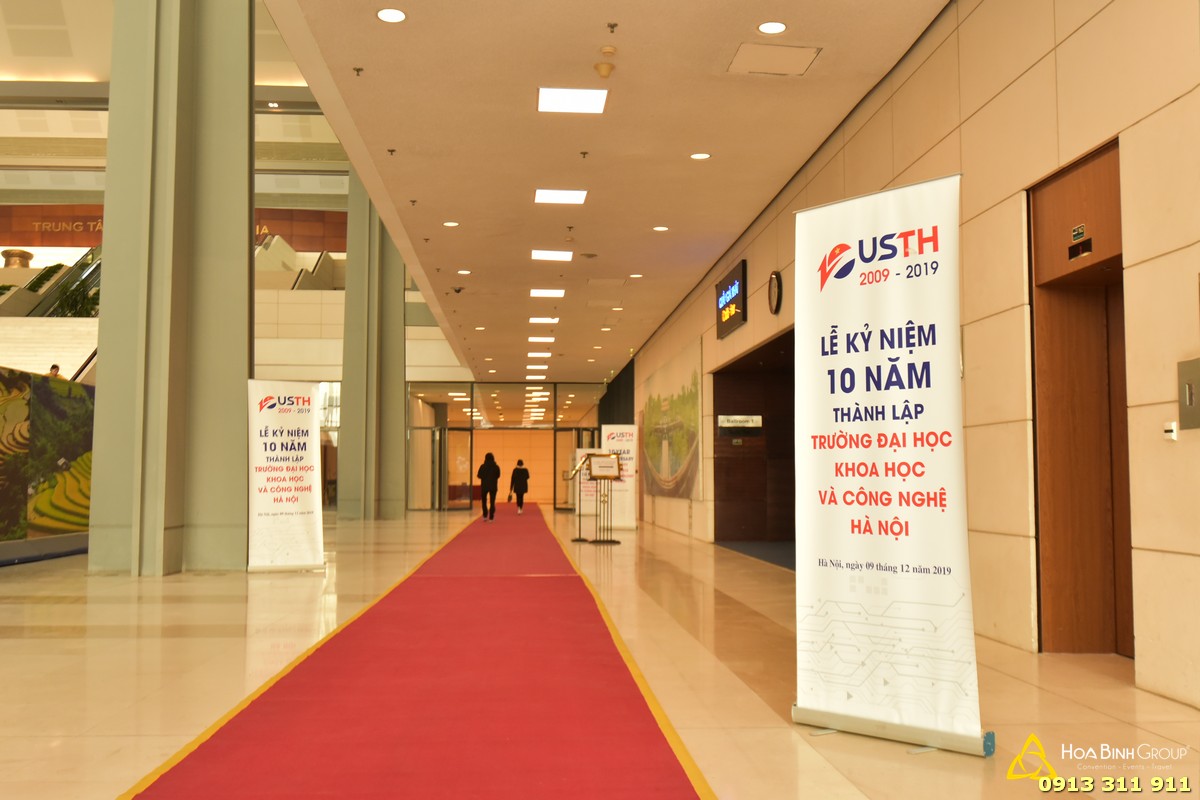 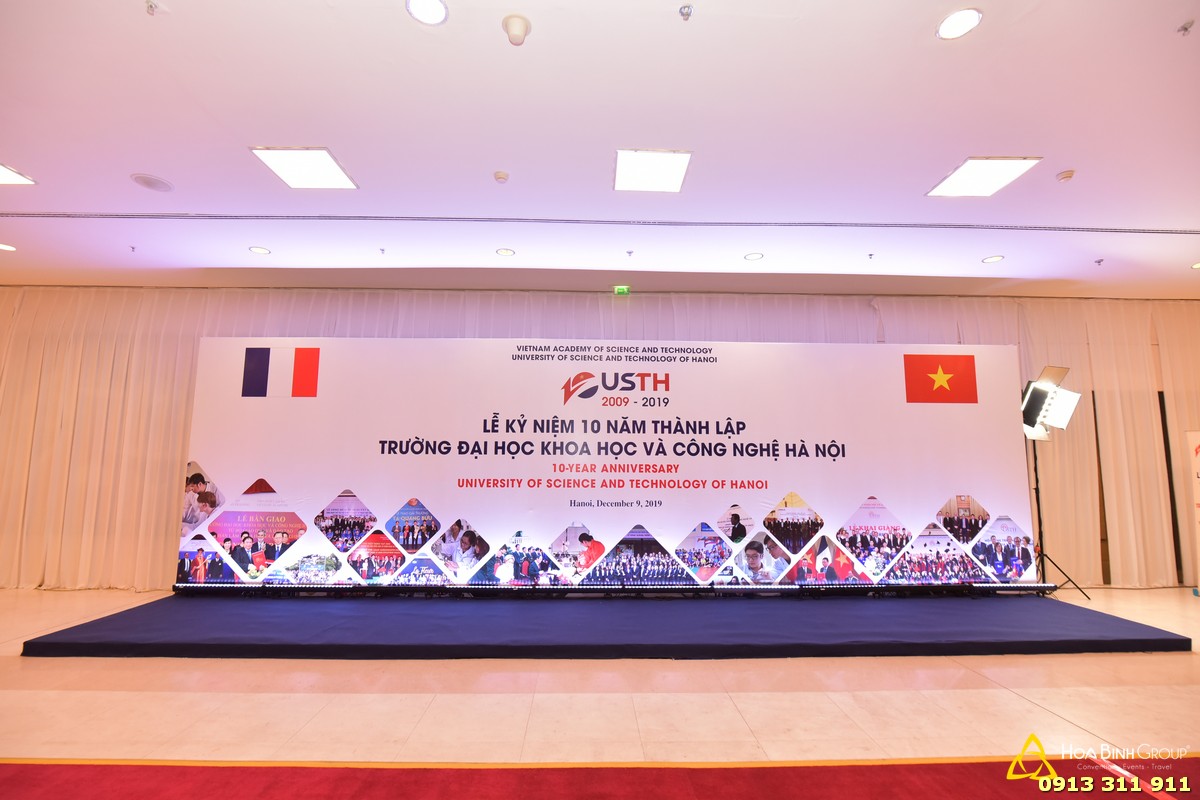 Hoa Binh Group would like to thank USTH for trusting and choosing us for full event organizing service in this important event. 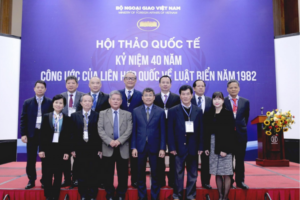 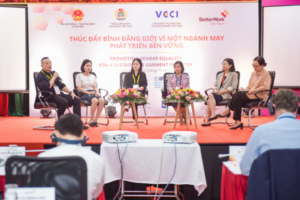 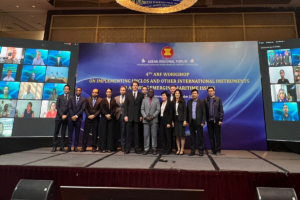