Service of organizing a professional and impressive company anniversary 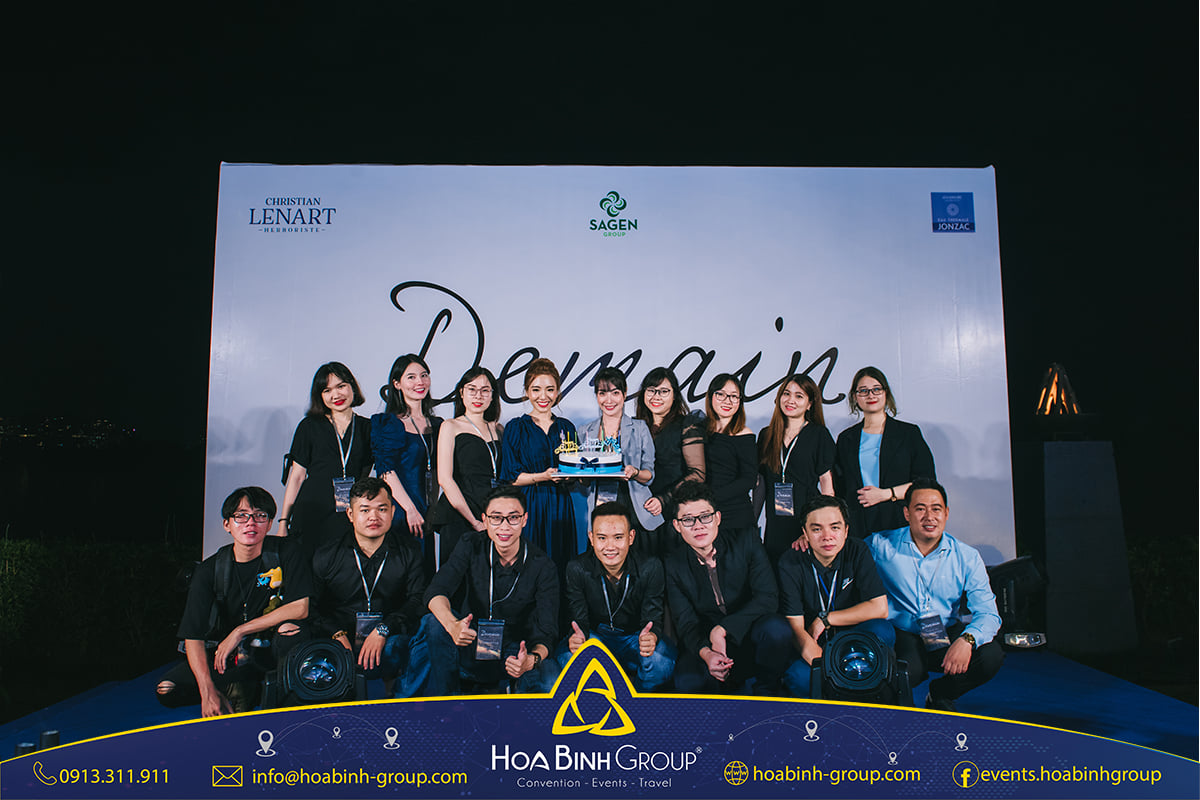 Meaning of the company anniversary

An anniversary is an event that recalls the founding of a company over the years. Mark the maturity of the business in each stage. Anniversary is also a way for business owners to thank their partners and customers and their own staff.

Choose a theme for the anniversary

Determining the theme of the ceremony will help the agenda to be seamless. Besides, the organizational unit can also create ideas, and make a plan more easily. The theme can be decided by the leadership of the company or the vote by the staff, or refer to the consultations from the reputable event organizing company. To have free consultations from HoaBinh Group, feel free to contact us.

The perfect event scenario should base closely on corporate culture to create an impressive and unique anniversary ceremony but still keep the company’s business culture. Besides preparing good scenarios, it is also necessary to pay attention to planning contingency plans. Organizing units need to pay attention to important items, check carefully to avoid possible arising problems. 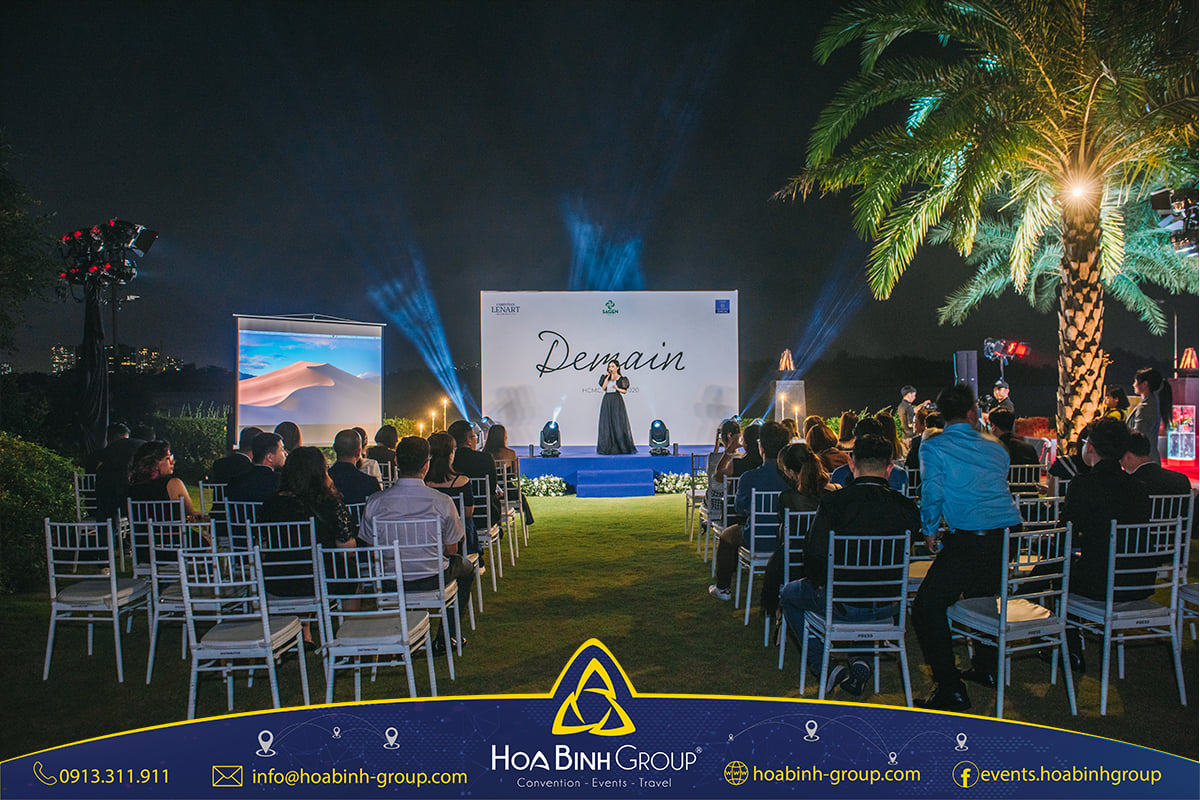 Select time and venue for the company anniversary

Enterprises need to agree on the date and time of the ceremony so that the organizers can plan the event more effectively. The venue also plays a very important role in this ceremony. Enterprises can flexibly choose the appropriate venue depending on their budget. Thus, it is necessary to consider carefully before booking the venue for organizing the company anniversary. 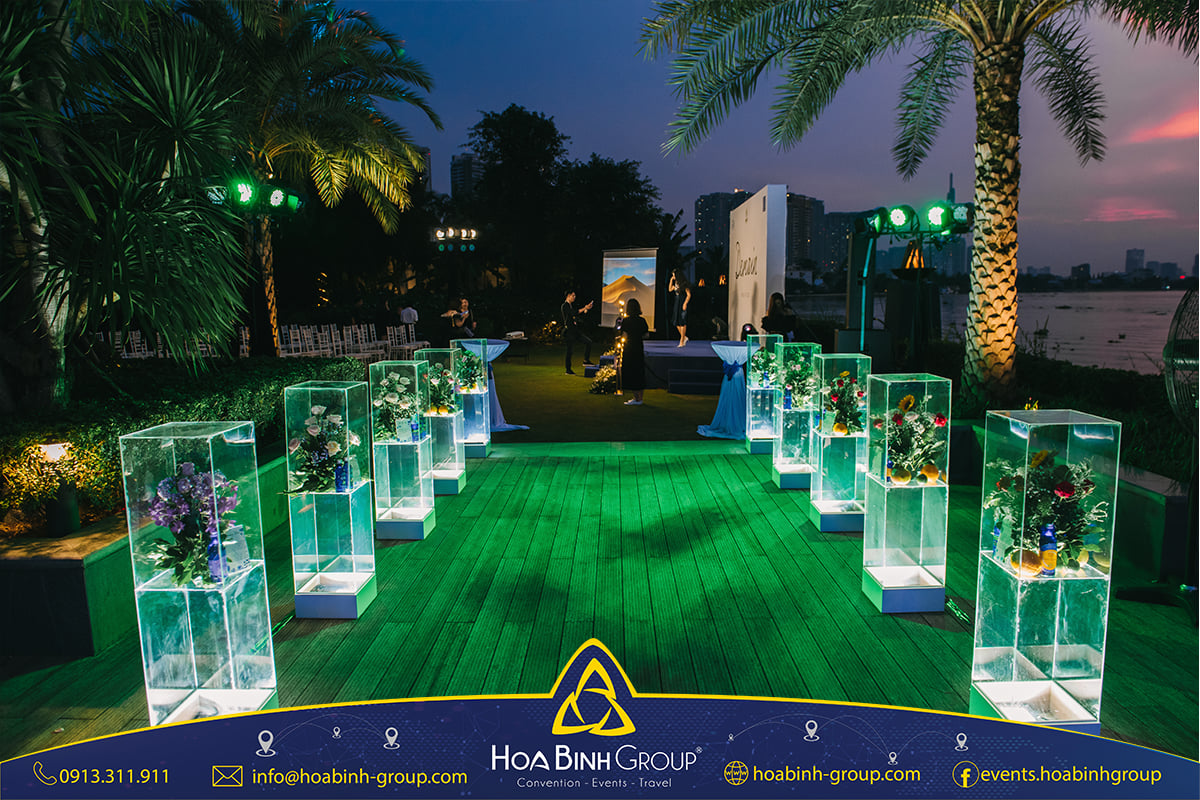 Choose a type of party

Usually, celebratory ceremonies are accompanied by parties. Customers can choose the type of tea break party, buffet, banquet party,… Whatever the form of entertainment, the menu must be well polished for the service to launch more smoothly.

After the venue and time have been agreed upon. The next thing to do is to make a list of guests and send invitation cards. The invitation must contain full information on the date and time of the event attached program content of the ceremony.

That is a business thanks for the guests coming to the company anniversary. In case the company does not directly produce any products, meaningful souvenirs carefully wrapped in paper with the company logo can be a smart option. This form is always reminiscent of an impressive corporate anniversary. 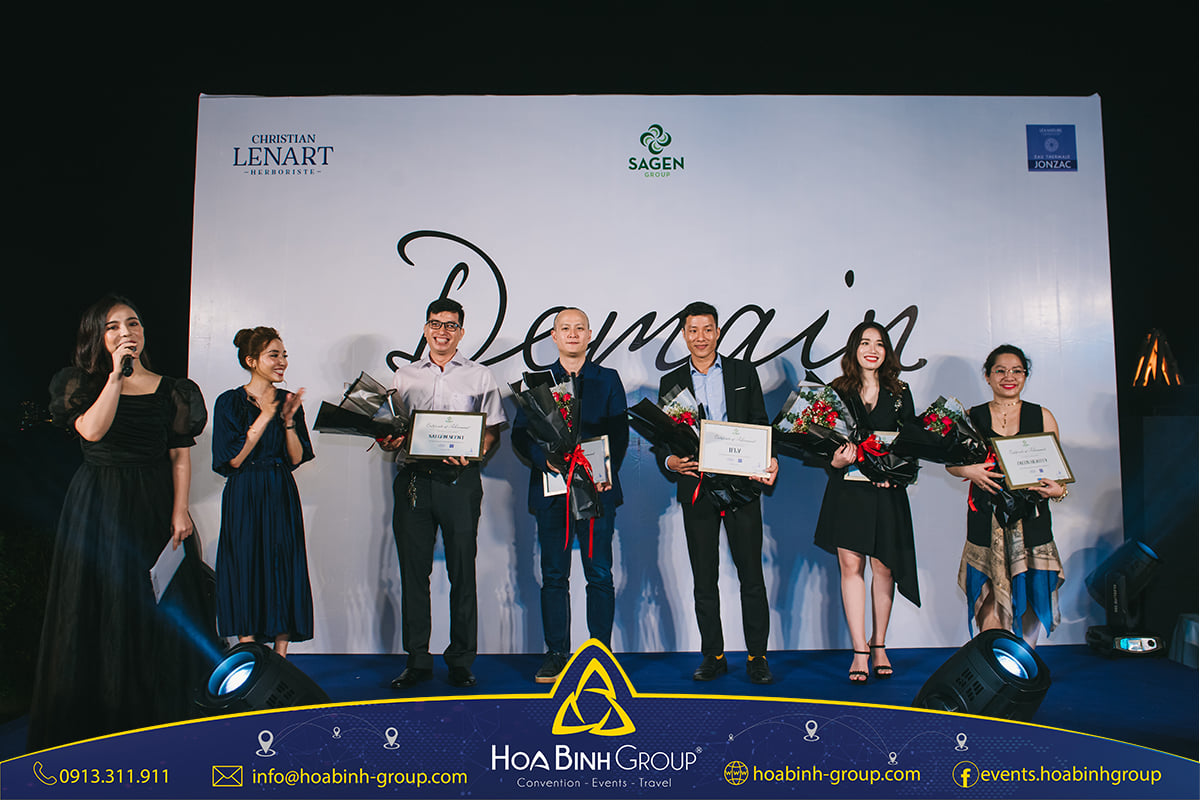 To make everything really perfect and make sure nothing goes wrong, we need a rehearsal 3-4 hours before the official time. The review session also has a full range of performances similar to the script, sound, and lighting coordination like a true event.

Process of organizing a company anniversary at HoaBinh Group 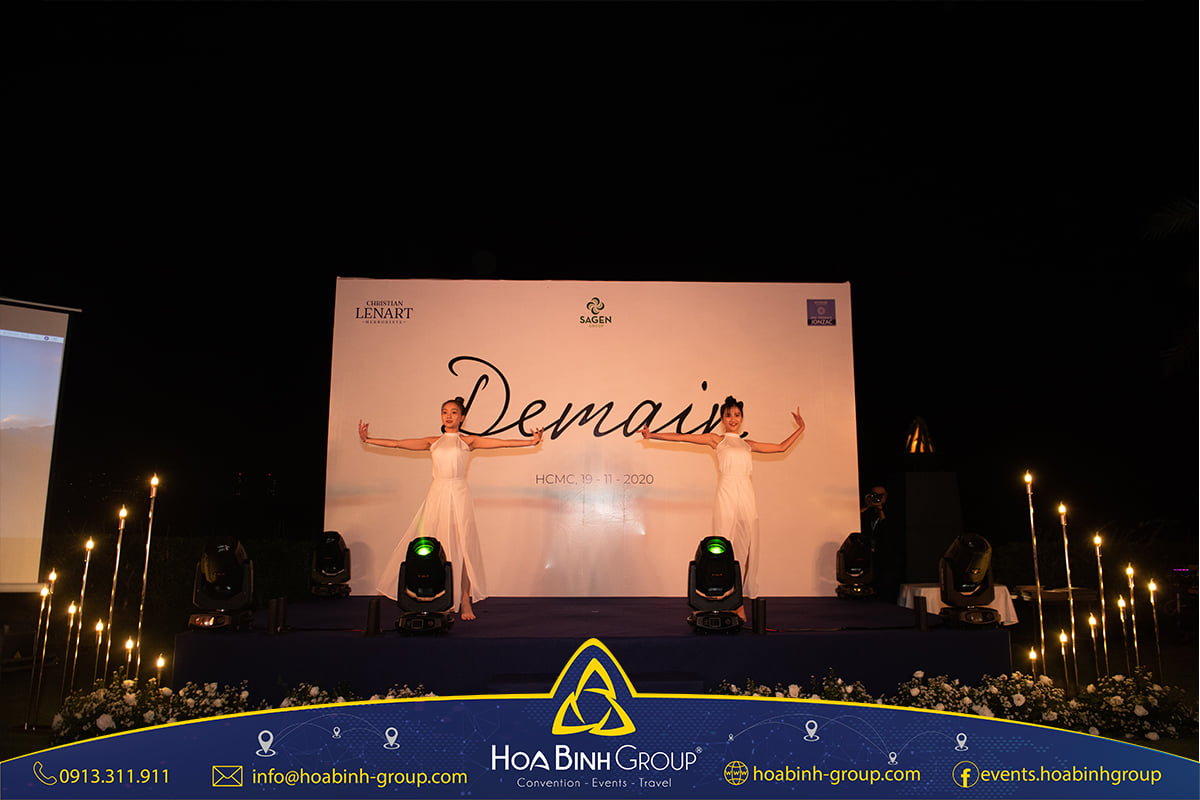 If you are looking for the service of organizing a professional and impressive company anniversary, please contact HoaBinh Group for the fastest consultation and quotation. HoaBinh Group 24/7 hotline +84.913.311.911. 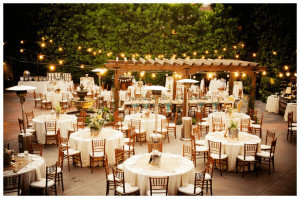 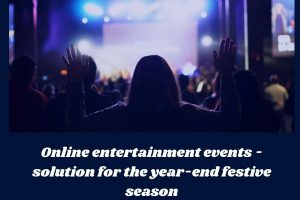